The sweeping robot market is growing rapidly, ushering in a turning point in the industry Growth of sweeping robot market is not without logic, the industry turning point has indeed come. Young consumers have become the main force in the market, increasing the purchasing power of robot vacuum cleaners. According to public data, in the first half of 2021, the retail scale of sweeping robots was 5.3 billion yuan, a year-on-year increase of 39%; consumers’ expected purchase prices are also increasing. The average price of products in Q1 this year is already 1914 yuan, a year-on-year increase of 384 yuan.

Klinsmann seized the market opportunity and won the favor of consumers with its high-quality products and the most advanced production technology! 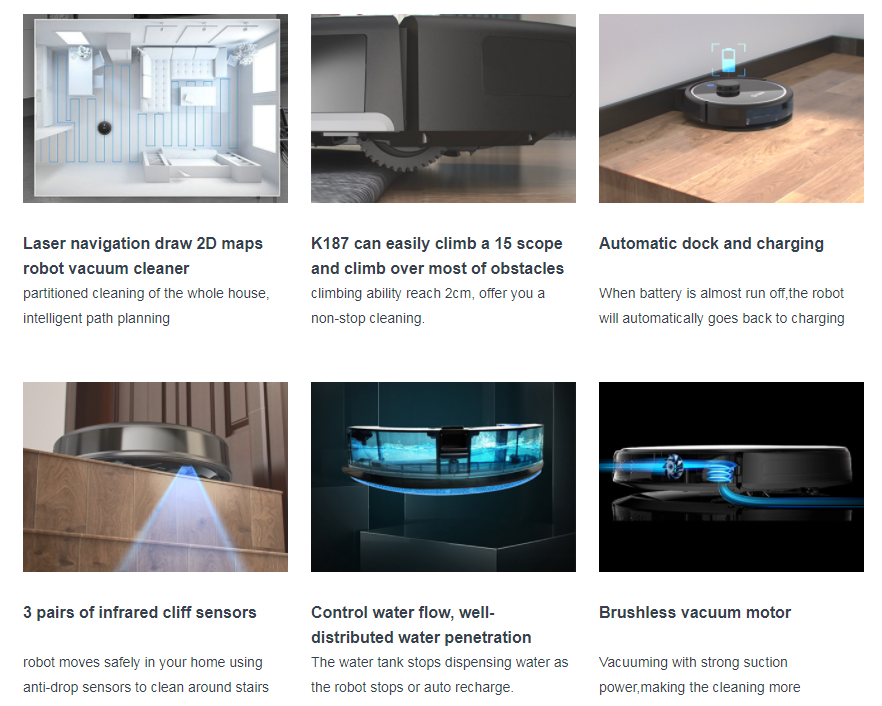 The boom in capital also brings fierce competition. When the low-hanging fruit is picked, it takes more effort to pick the higher fruit. In the robot vacuum industry, more fruits grow at high places, and fruits from high places are generally difficult to pick.
In order to better complete the cleaning task, today's sweeping robots have grown "eyes" and "brains", using a series of technologies LDS lidar, 3D structured light, dToF, AI, which are used in aerospace, autonomous driving, and smart phones. Algorithms are mounted on the sweeping robot. But even if the technology seems cool, the market space is still full of allure. According to the report of CITIC Securities "Sweeping Robots Industry in Machinery Industry" report, the current penetration rate of domestic sweeping robots in urban households is still less than 8%. It is also true that entrepreneurs are still pouring into this track.

Previous:The sweeping robot market is becoming more and more popular, and Klinsmann strives to be the industry leader
Next:NO
